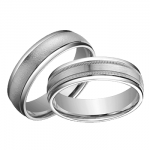 I’m guessing that’s not a shock to read given that I took a 2+ year blogging break and we added a child in that time. Things have happened in the last 2+ years that have been beyond words. It’s been brutal, it’s been transformative, it’s been amazing and awful and shocking (both good and bad) and I’m not even close to the person I once was. My marriage isn’t what it once was and my family sure as heck isn’t what it once was either.

I came here so many times, wanting to post something…anything…to break the silence, only to save the draft and walk away for a few months before trying again. I wanted to explain myself and my silence. There are so many things that you don’t know, even if you are Facebook friends with Eric and I, but it all feels too personal…too secret. Once you start keeping a secret, it takes on a life of it’s own. Our secret has silenced me. If I can’t be honest here, I can’t say anything at all.

We aren’t who you think we are. We are so much more and so much less. We are a mom and a dad. We are caretakers. We are protectors. We see our value in how we use our strength for the good of others. We are humans who tried to be superhuman. We failed. We failed each other, badly. We lost touch with each other even as we became more and more attuned to those around us. We gave the very best parts of us to our kids, our family, our friends and left nothing for each other.

Last year, we hit a breaking point. At any other moment in time we would have walked away from each other, it was that sudden and complete. I leaned hard on friends and family, some of whom thought (and still think, unfortunately) we’re nuts for not walking…but I looked at the two little boys who deserved so much better than having their lives turned inside out. We did the only thing that we felt we could. We went to therapy, even if it was just to prove that we’d done all we could.

We went in hurt and angry and betrayed. There were many things going on but the most damaging was a fundamental lack of trust in each other. There were things inside each of us we didn’t trust the other to value or understand. There were things inside each of us that we didn’t think the other was strong enough to handle. We had built a castle on a rotten foundation and then closed our eyes and crossed our fingers hoping that, if we didn’t watch, it wouldn’t fall…and it didn’t fall. It exploded. Completely and utterly…we stood in the wreckage looking at each other completely bewildered. Who was this person?

We have spent the last year working so unbelievably hard. We have confronted things in our hearts and minds that we had individually worked so hard to put behind us that we didn’t even acknowledge that they’d even happened. We’ve learned to speak each other’s language. We’ve learned to speak our own truths even when they’re unpleasant…especially when they’re unpleasant. We have done this all while protecting each other fiercely from the outside world. I am incredibly proud of who Eric has become and I’m equally proud of myself. I just needed to clear the air on all this before I move on because I was carrying a burden that was not mine. I was carrying the burden of the “perfect” marriage and “perfect” family. Those things, do not exist…at least not here. So, I’m putting it down. Eric & I are not perfect, far from it. We have hurt each other, neglected each other, we became virtual strangers to each other in every area outside of parenting.

6 thoughts on “This isn’t the same BasicallyFX.”