Somehow March is over and I’ve still not shared much about that trip to DC. Part of it is that whole black seed of misery thing and part of it is that I have told the stories so many times it feels like everyone in this state and maybe a few others have heard them already. For those of you who have not been subjected to the repeated stories already…

The trip to DC was awesome. Caleb spread his glitter through the hotel, the Metro, various restaurants, museums and, of course, the halls of Congress. It was an amazing trip…

It took the next week for Eric and I to recover. As amazing as the trip was, it was 100 times more exhausting with Caleb along. We knew already that we’d take him again but then Caleb received this… 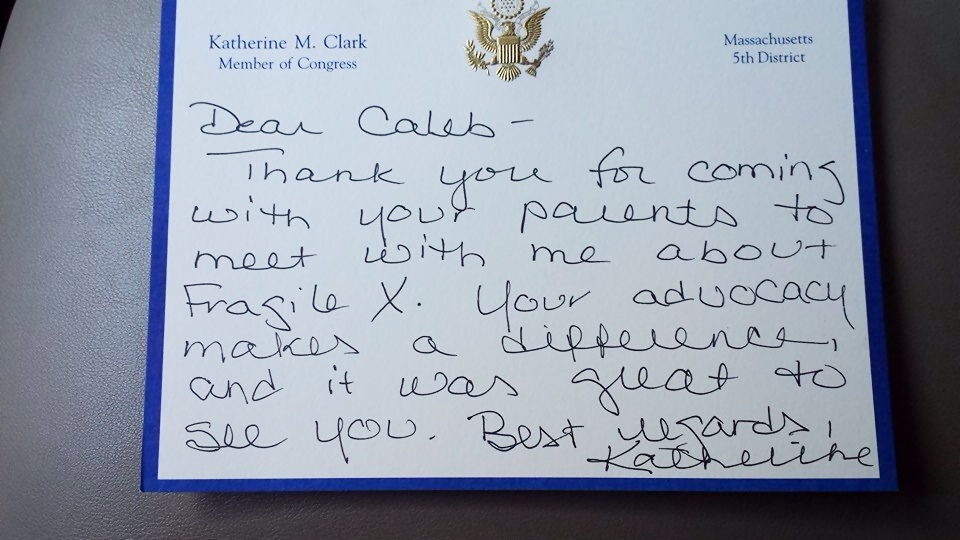 What? We’ve been going for years…Caleb has been once…and he gets the handwritten letter from the Congresswoman. Nice. I’m not at all jealous! I sent this picture to Caleb’s teacher and, last Friday, she told me that Caleb had written a letter back to Congresswoman Clark. 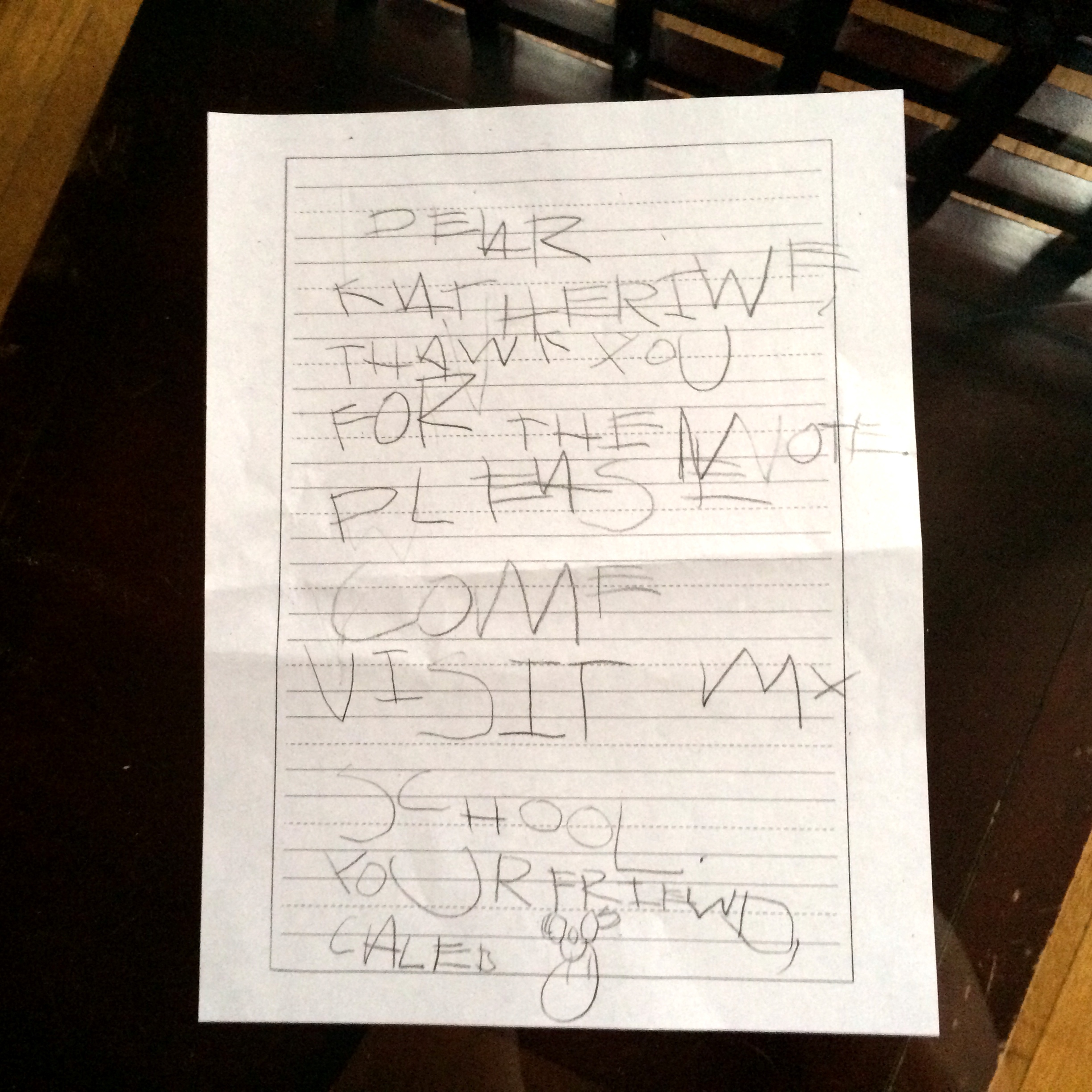 In case you can’t read it, it says:

Thank you for the note. Please come visit my school.

I’ll let you know when she comes to visit…there is no way she says no, right?

4 thoughts on “About that trip to DC”