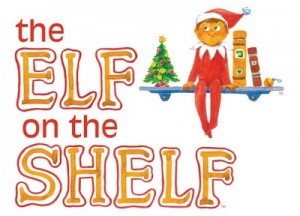 On the first Wednesday night of the month I was out to dinner with some of my most favorite ladies in the world and one of them had brought up this “elf thing.” Most of us had not heard of this phenomena. She described it in great detail and not terribly positively either, I might add. I decided the entire concept of having this “elf” creeping around your house was…creepy. I mean, really? “You never know know where the thing might turn up next!” that’s what I’m supposed to tell my anxious little, sleep challenged Monkey? Yeah, no. Definitely, no.

Then we got the confirmation that Copper’s health was about to take a serious downturn. The stress in our house ratcheted up a dozen notches with each subsequent phone call or vet appointment. I began reading reviews on books about breaking your child’s heart in one simple step. I was very concerned that I find just the right books to say what I could not seem to say on my own. It’s one thing to write it here, “Monkey, Copper is dying. Soon he won’t be here anymore and we are all going to be very, very sad.” but it’s a whole other ball of wax to look my little cherub in the eye and get those words to pass through my lips.

I needed a story, something to make it OK for me so I could try to make it OK for him. I also needed a story that did not end with, “And then his Mommy and Daddy got him a puppy and everyone was happy again!” Because…oh, fucking hell no. That isn’t the way our story is going to end1. So, the only way to be sure that the “and they find a way to heal” portion didn’t involve anything furry was to go and look. I strolled through the book store and passed an endcap that looked a little something like this… 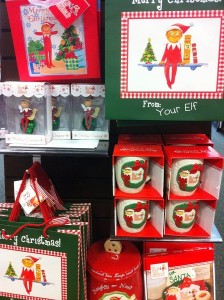 And I laughed, “Hahahaha!” with bitter undertones because I was there to look at books that would make me cry in public. I was not exactly shiny and happy at that moment. I read the books, I made a wise decision and I moved on.

But the crappy news did not stop, no it did not, so soon I was once again in the same bookstore looking at yet more books that would make me cry in public because 4 books was not enough to make me feel prepared2. I had to walk past the endcap again and I found myself glancing at it out of the corner of my eye. Yes, he was still creepy but…no. I had other things to focus on, like death and dying and…*sigh*

I pulled out my phone to check an e-mail and it was a notice that I’d been tagged in a status on Facebook by the lovely Holly Roos that said “FINE. I’ll stop paying bills, get dressed and go to the damn store. Thanks Melissa Jackson Welin. ;-$” I’m not exactly sure how it all happened because we had both been pretty firmly on the “Sure it’s cute but who has time for that.” side of the Elf on a Shelf argument when I’d left my desk.

I turned on my heel3 grabbed one of the damned elves and just like that…I was suddenly one of “Them.” I would have been more embarrassed about my sudden change of heart except that Holly was right there with me, as your best friends always are. I’ve taken her excitement about it as permission to let my freak flag fly (as Paula would say). Every night since, instead of spending hours on the computer researching and counting down the days to the Day of Doom, I’ve been immersing myself in making magical moments come to life for my little Monkey.

So, fine, it is still a little creepy if you think about it too hard and, yes, everyone else is doing it too which immediately makes it uncool but, guess what? I’ve been uncool my whole life and if that’s what it takes to get my son’s face to light up each night as he wishes our little Sneak good night and then again in the morning as he calls out, “Would you look at that!” when he finds him, then so be it. He might just be a “lame” stuffed toy but there is magic in him…I’ve felt it every day since he joined us. He hasn’t worked a major miracle, I’m still sad and obsessed about what’s going on with Copper4, but I consider it a minor miracle to feel any sort of true happiness right now…and the time I spend with Sneak, plotting, I’m truly happy. I’m going to miss the little dude when he’s gone. 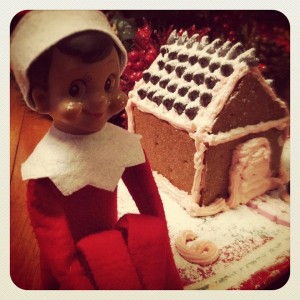 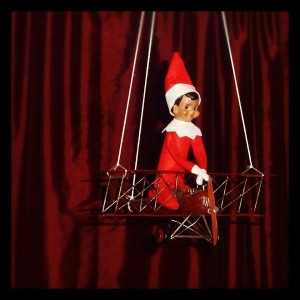 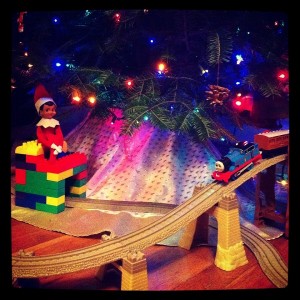 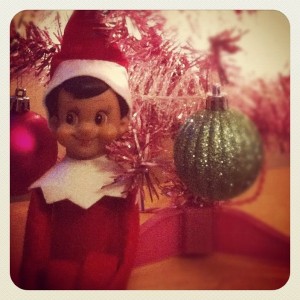