I want to talk a bit about inclusion or integration. A lot of people throw those words around and, based on conversations I and other friends have had,

I think a lot of it is a generational thing. When I was younger, this concept simply did not exist. If you needed extra help you were pulled out of the regular classroom, if you were functioning high enough to be in there in the first place, or you were kept apart from your peers, unless you were fortunate enough to be allowed to share lunch, recess, gym, art or library with them. We had had it drilled into our heads that you do NOT stare or point or ask questions, right? Though some surely did miss those lessons, most of the kids I knew had the basic manners. The result of this is that kids with special needs became “other.” They were not in our space, we weren’t given the time together needed to understand them or befriend them and we weren’t allowed to ask about them, it wasn’t polite.

When you aren’t allowed to know who or why…when all you see is this alien being who is so very different from you (hey, come on, how could we KNOW they weren’t? No one ever told us!)…it’s easy to be uncomfortable or scared and you know what fear breeds? Disrespect and bullying. At best these kids were ignored, at worst…well…if you think about it hard enough you can remember what the worst was for them.

I understand it but I also know better now. I have learned that if that is what you think, you’re wrong. I’m a pretty tolerant person, I can usually see both sides of an argument. I have friends who run the gamut from gay marriage loving liberal hippies to nut job doomsday preppers ((OK, this is a joke peeps…they aren’t all nut jobs I have learned. I even LIKE a bunch of them. Amaze!)) But this “argument” isn’t an argument. If you don’t believe that kids with disabilities belong in our classrooms then you are wrong. Wrong, wrong, wrong, wrong, wrong. Clear? You are wrong.

I’m even willing to explain to you why you are wrong, I’m that much of a giver.

In short, they will learn to be awesome. 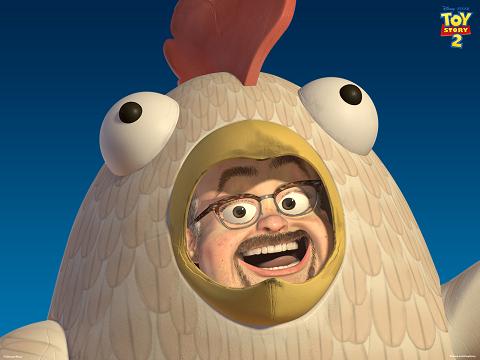 You might think this would be distracting to the other kids, that it might annoy them. You would be wrong. Because they spend so much time with Caleb, he isn’t distracting he’s just Caleb. He’s a funny kid who makes them laugh. He’s just another kid. He’s not alien or weird to them. He’s not distracting…not any more than any of the other typical 8 year old kids in the class at least!

So, great…he’s not taking away from their educational experience but still…what does he add? How about love and compassion and friendship? How about a chance to practice kindness, share a joke or do something nice for someone else? That’s not nothing. In fact, I would guess he’s giving your kids lessons that will make you proud to be their parent. For instance, this kid…he’s part of Caleb’s core group of friends. He’s just your typical 8 year old boy. During art class Caleb was talking to Nate about Chicken Man so Nate did this… 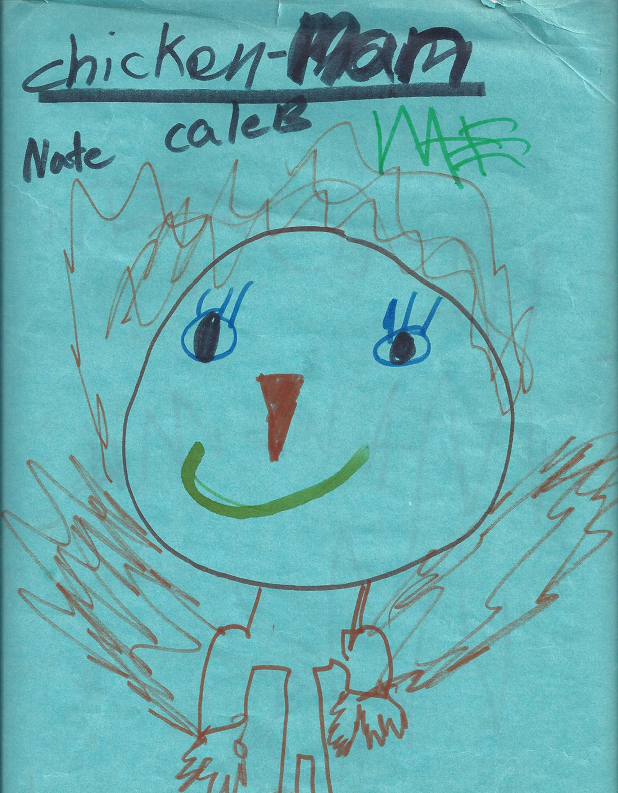 He drew Caleb a Chicken Man. He was in art, he needed to draw and he took the opportunity to make a kid…MY kid…smile. Tell me that wouldn’t make you glow to hear about your own child?

So what did Caleb get out of it? Why wasn’t sitting there watching Nate draw, rather than draw something of his own, not a waste of his time? Contrary to how it might be sounding, I do not send Caleb to school simply to make friends. I just happen to know that the ability to make friends will play a major roll in determining how happy he will be for the rest of his life. I do expect Caleb to learn skills he needs to graduate from high school, go to college and get a job. So what was it, beyond kindness that he got? This child who can barely write his own name, and would rather not do even that if he can escape it, did this…on his own, unprompted…just copying his friend… 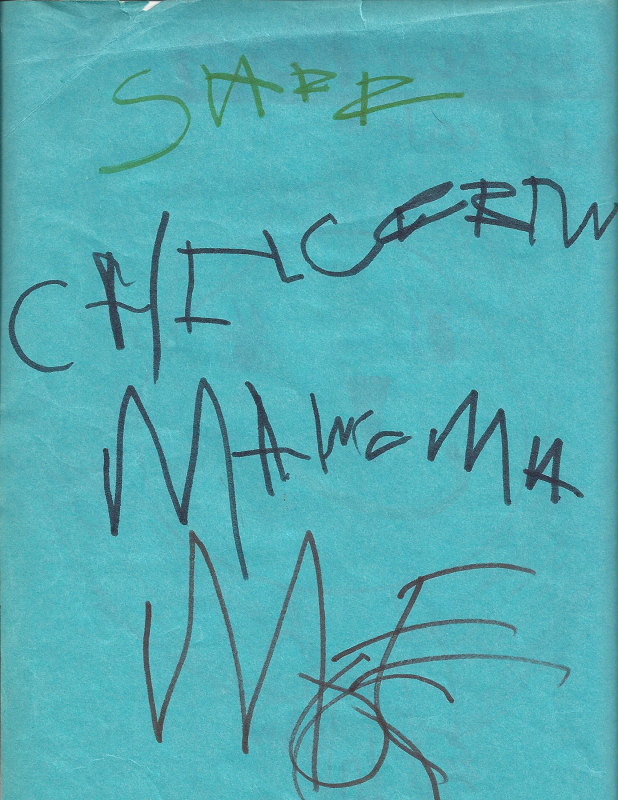 He wrote Chicken Man…no, it’s not perfect…but it’s pretty freaking awesome….and something to build on.

43 thoughts on “For the parents of typical kids.”