Caleb has, for a very long time now, exhibited a love of “SCIENCE!” It started with a butterfly unit in preschool and has never really let up. This is one of those things I know would be exactly the same even without fragile X. This boy loves science, he loves the natural world, he fixates on animals and documentaries. Frozen Planet rocks his socks off, Walking with Dinosaurs stops him in his tracks and I cannot even describe the awesomeness of Myth Busters (BOOM!)

When we were writing the IEP that would take Caleb from Kindergarten to First Grade, we tried very, very, very hard to convince them that science would be a better idea for inclusion than math. The team didn’t buy into that and…well…Monkey proved us right.

The new team, awesome as they were, also didn’t buy into Science as a good time for inclusion. We instead ended up replacing math with Writing Workshop which was, in hindsight, an inspired choice. It was perfect for him.

I still thought he should be included during Science though. He loves it, he is calmed by it, he will focus on it. I understood the hesitation because they don’t get to see him choosing documentaries over movies, they don’t get to see him so enthralled with whatever amazing thing is unfolding in front of him that he forgets to eat. Like with many things, Monkey needed only a chance to be able to prove himself. That chance came last week.

Last week Caleb’s inclusion class did a hands on science activity about compost. And this is what happened… 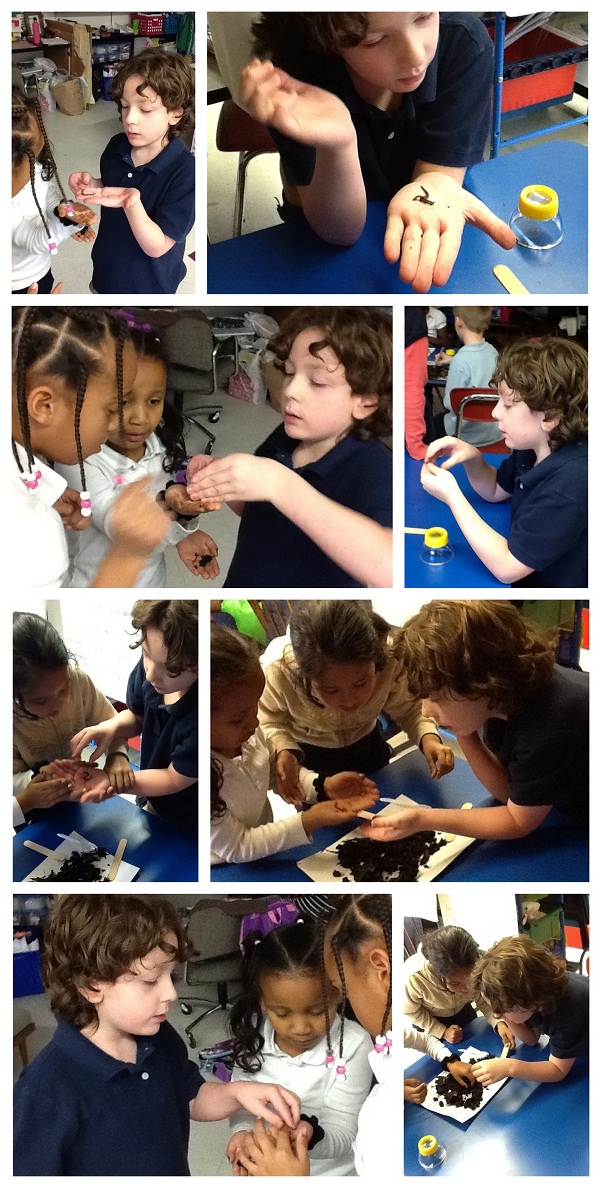 Caleb’s teachers are now planning to include him with future hands on science activities. One of these days I think we might even convince them to let him study the solar system with the class too. Baby steps.