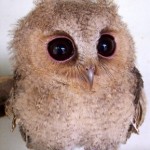 When I was younger I hated school performances. I always felt a little sick to my stomach before any school concerts and I once passed out on stage during an performance of one of Aesop’s fables. It involved me wearing a hairy ape glove/mitten. I really just don’t know. All I do know is I was carried/dragged out of the assembly, up the stairs to the principal’s office and left laying on a cot until my mom showed up. It felt like a lifetime.

But, I hear you all saying, who cares? This is about Monkey, right? GET TO THE GOOD PART! And I am, geeze, I’m just saying I have more than a little sympathy for my Monkey and his dislike of performing.

Anyway, this morning was the Thanksgiving performance for the kindergarteners at Monkey’s school. The first I had heard of it was yesterday and I woke up in a cold sweat last night over it. Srsly. When we dropped Monkey off at school today we told the teacher we would be at the performance but we were going to try to hide so Monkey didn’t see us, it just makes him anxious. It took all my willpower not to tell her to let him skip it.

We’ve seen this type of performance in the past on a much smaller scale and it never goes very well. Monkey hates to be the center of attention and his reaction to praise is never what people expect…and clapping…fuggedaboutit. And this is what happens when he performs in front of a dozen parents in his classroom. This time they were performing in front of several dozen parents in the school auditorium. See why he should have just skipped it??

But, I bit my tongue and sat in the darkest part of the auditorium with Duhdee hoping he didn’t see us, that he didn’t scream when they had to force him into the room, that he didn’t cry and fall to the floor when he got to the front of this huge, scary space filled with strangers who all had cameras and cell phones and who were snap, snap, snapping away and moving around and talking and laughing and *sigh*.

Then the other classes came in. Every child was wearing a paper hat of some sort to correspond with their song or skit. The parents were nuts, clogging the aisles taking pictures and standing up and yelling at their kids to get their attention. Yeah. This is going to go soooo well. I had to force myself to stay in my seat and not run out to the lobby, where I could hear his class as they prepared to enter the auditorium, and tell his teacher to let him skip it.

His class entered last and it took me a while to find him in the group because I was looking for the screaming kid with amazing curls and no hat and there WASN’T one of those. There was, however, an adorable boy holding hands with his OT, wearing a feathered hat and looking around with BIG eyes. Huh. That one was mine alright. They all took their seats on stage with as little fuss as is possible when you’re dealing with kindergarteners and Monkey was doing fine. WTH?

The teacher took all the kids to a “pen” on stage and they recited a poem about 12 little turkeys. The first little turkey ran away. As soon as the words were out of her mouth Monkey broke away from the group and went tearing across the stage as fast as his legs could carry him. Uh oh. Oh, wait, that’s what he was supposed to do! He even got a few laughs because, really, he is that damn cute. Also, he looked scared…and his eyes get really, really big when he’s scared. He looked more like an owl than a turkey to be honest.

During the rest of the performance he sat nicely with his OT and cat called his teacher. He kept yelling “Miss. ___, c’mere!” Fortunately, in a room full of rowdy kindergarteners he didn’t stand out at all, lol. By the end of all the performances with all the singing and clapping and waiting he was ready to go home but he seemed to bounce back once the popsicles started flowing.

I’m glad I managed to ignore my “sympathy stage fright” in the end and let him do his thing with his buds. I wonder if I’ll remember this next time we have he has a performance?

One thought on “Sure, a school performance sounds just *perfect*…”