I’ve been having an argument with myself for several weeks. The circus is back in town and Caleb wants to go. He asks to go to the circus several times a week and I keep telling him, “Not today.”

He no longer remembers his first trip to the circus, how could he…just look at him! 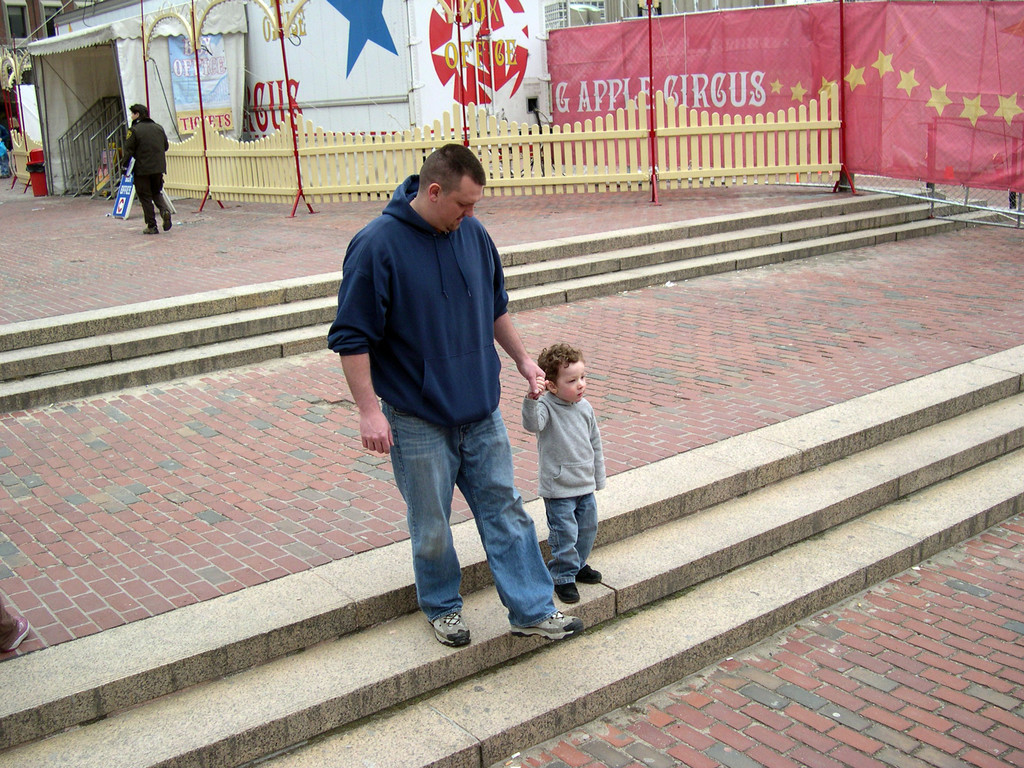 He wasn’t quite 3. We knew he had fragile X but I don’t think it had fully set in what this would mean for him…for us. We still thought we could make a decision to go to the circus, sit through the show with friends and their little girl, and then go home with an overpriced light saber or inflatable animal on a stick.

Caleb didn’t make it through the door before the tears began falling. I think the first notes of the introductory song were played before we ran. Maybe not. He was crying and miserable. We were miserable and shocked. We stood outside for 45 minutes in the cold hoping to get him back in the tent, then we left for home feeling bruised and raw. Never again, we agreed.

Now, six years, later we have a little boy who thinks a circus looks like fun! He even went to one happily last year with his class. Why on earth would we not take him this time? Because last year his class scored tickets to the single sensory friendly circus performance in the 6 week run…this year they did not request them early enough.

This year there will be no Circus of the Senses, this year it’s full on performance or nothing. Eric and I were pretty firmly on the side of “nothing” but I’m wavering. Yes, it’s a lot of money…to sit on an aisle, near an exit, away from the band will cost us $100/ticket. If you have kids with fragile X or autism you know that these aren’t “wish list” items but requirements. Yes, it might be a total failure, we might not even make it through the door at all this time. But he wants to go and I hate saying no to him if I can say yes. Not because he’s spoiled (though you may have a valid argument for that) but because he doesn’t ask for much…and because I never want to be the one standing in his way.

But this is still a no…that he wants to go is enough to make me feel like an ass for saying no but it’s not enough to erase that memory of the red faced, crying child who was arching his back in a frantic effort to escape while Eric and I held him tightly. I keep telling myself that he doesn’t really know what he is asking for, it’s not the quiet, lights up version with all of his best buds.

As logical as that may be, it doesn’t stop my heart from breaking every time he looks at me smiling and says hopefully, “Circus?”